The Mutual Union of the TIV in America

You are here: MUTA Inc. » Media 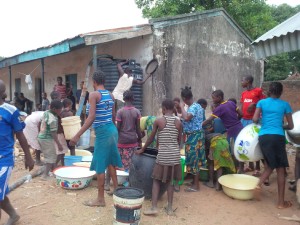 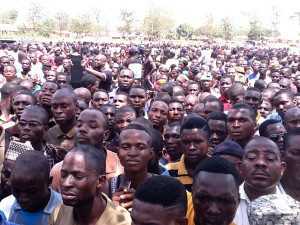 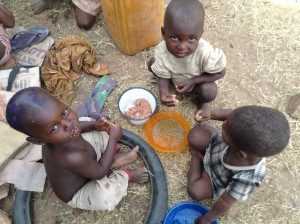 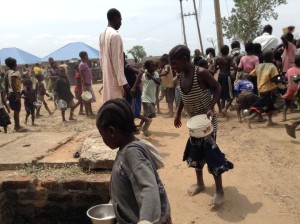 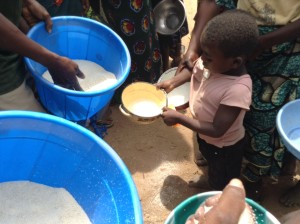 Mr Mohammed Abdulsalam, the NEMA Coordinator for North-Central, made the disclosure in an interview with the News Agency of Nigeria (NAN) in Jos.

“The camps are just too populated and we are thinking of establishing more because more people are trooping into Makurdi from even the areas that have not been attacked.

“People trek tens of kilometers in rural areas with children and loads on their heads to nowhere in particularly because of the fear of the unknown.

“The people said that the attackers pounce on them without any notice, so, it is better for them to relocate to Makurdi.”

Abdulsalam said that facilities at the camps had been over-stretched, but explained that NEMA was building additional toilets and bathrooms to improve on the sanitary conditions at the camps.

He added that “we are also providing more overhead tankers to ensure sufficient potable water and minimize health hazards, especially epidemics like cholera.”

The NEMA official said that the headquarters had already released additional ambulances that were fully-equipped with facilities and drugs to cater for the health needs of the IDPs.

He noted that many women had put to bed at the camps, adding that three women gave birth on same day.

“What we have done is to put the women on a special diet to enable them to take good care of the babies; we have also established a special place for them to minimize distractions from others in case they need some rest,” he said.

The coordinator said NEMA had also provided mosquito nets to ward off mosquito bites that may lead to malaria, stressing that the IDPS had been advised to keep the windows of the classes open while asleep to guard against cerebrospinal meningitis.

Gov Gabriel Suswam
By Senator Iroegbu
The Tivs in Diaspora under the auspices of the Mutual Union of the Tivs in America (MUTA) have warned that they can no longer tolerate the incessant attacks and killings of their kiths and kins in Benue State by the suspected Fulani herdsmen.
The group, which is a registered association of the sons and daughters of Tiv in the Americas (United States, Canada, Mexico), and a non-profit, non-partisan charitable organisation committed to promoting and supporting the Tiv communities and others both in Nigeria and around the world, strongly condemned what it described as the orchestrated attacks and killings of their people in parts of Benue, Nasarawa, and Taraba States by Fulani herdsmen and mercenaries.
In the statement signed yesterday by the President, MUTA, Mr. Joseph Unongo and Secretary, Mr. David Agum, they expressed a deep sense of grief and total disgust that “what started as a local dispute along the Benue-Nasarawa axis, a few years ago, has now manifested as a well-orchestrated agenda to overrun Tivland.”
According to Unongo, the planned extermination of Tiv people is evident from  the expanded scope of the attacks and the sophistication with which the invasion are being executed.
They said the most recent, well-coordinated attacks and devastation of Tiv communities in Makurdi, Guma, Gwer, Gwer-West, Kwande, Logo, and Katsina-Ala local government areas of Benue State was suggestive of a deeper plan than meets the eye.
He warned the perpetrators and their sponsors to think twice because it won’t be that easy.
They called on the federal government to rise up to its responsibility to protect the lives and property of Benue people and also put a permanent halt to the marauding Fulani herdsmen and their conspirators.
Part of the statement read: “MUTA warns that if the federal government of Nigeria cannot defend the Tiv people from the marauding herdsmen, we will be forced to mobilise the people to defend themselves.
“Indeed, as Tiv sons and daughters in the Diaspora, we cannot fold our arms and remain mute as our communities at home are being ravaged and our people being killed, maimed, and rendered homeless by the Fulani and their cohorts.
“Enough is enough! The attacks and killings of innocent Tiv people and other Nigerians must stop. MUTA called on the Federal Government of Nigeria to live up to its responsibility of protecting innocent citizens from rampaging mercenaries. It is simply unacceptable that our people should become refugees (internally displaced persons) in their own land.”
The group further condemned the attacks on innocent Nigerians and the wanton destruction of lives and property “by marauding terrorists and mercenaries in any guise.

“We express our solidarity with the good people of Benue State and other communities across Nigeria that are suffering these violent attacks.”

The GUARDIAN NEWSPAPER – Friday March 28, 2014
Another worrisome development is that the alleged inability of the Federal Government to put a stop to the killings may force victim-communities to resort to self-help.
As the uncertainty surrounding the persistent attacks on some communities in Benue, Nasarawa and Taraba states by Fulani marauders continues, Tiv sons and daughters in America have restated their resolve to fund their communities to defend themselves if the Federal Government failed to intervene.
The Vice President of Mutual Union of the Tiv in America (MUTA), Prof. Joseph Zume, yesterday in Abuja said the government at the centre has continued to look the other way while attacks targeted at Tiv communities are being perpetrated unabated.
Zume said: “It seems there is a conspiracy to emasculate our people, make them not to perform their well-known vocation of farming very well, kill them, drastically reduce their number and possibly make them politically irrelevant.
“But the Federal Government has remained silent about it.
We are therefore constrained to begin to fashion out a way for our people to be able to defend themselves if they are attacked.”
Meanwhile, in a release jointly signed by the President, Joseph Unongo and Secretary, David Agum, the group said the situation is deteriorating by the day as hundreds of their people are being murdered and others rendered homeless in their homeland and “strongly condemned the orchestrated attacks and killings of people in parts of Benue, Nasarawa and Taraba states by Fulani herdsmen and mercenaries.
They, therefore, “warned that if the Federal Government of Nigeria cannot defend the Tiv people from the marauding herdsmen, we will be forced to mobilise the people to defend themselves.”
The group said their decision was hinged on the fact that the attacks are all unprovoked, motiveless and rather gratuitous, as “it is disturbing that what started as a local dispute along the Benue-Nasarawa axis a few years ago, has now manifested as a well-orchestrated agenda to over-run Tivland.
“This is evident both from the expanded scope of the attacks and the sophistication with which they are executed. The most recent well-co-ordinated attacks and devastation of Tiv communities in Makurdi, Guma, Gwer, Gwer-West, Kwande, Logo and Katsina-Ala local councils of Benue State are suggestive of a deeper plan than meets the eye, and we warn the perpetrators and their sponsors to think twice – it won’t be that easy.”

Unongo said as Tiv sons and daughters in The Diaspora, they cannot fold their arms and remain mute as “communities at home are being ravaged and our people being killed, maimed, and rendered homeless by the Fulani and their cohorts.”